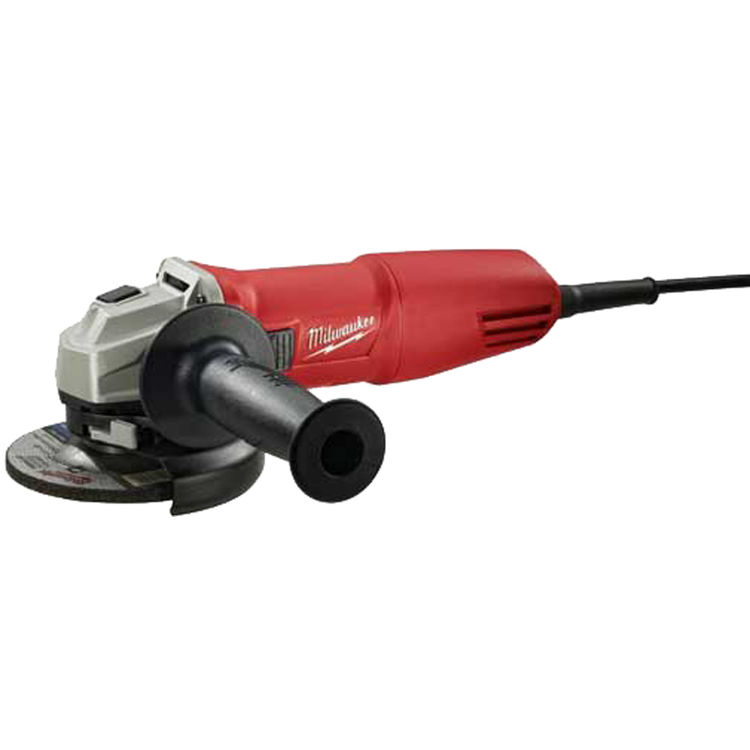 The Milwaukee 6130-33 model 4-1/2" Small Angle Trigger Grip Grinder is a part of the Grinder Series. This robust yet compact grinder delivers up to 3X more durability and power than the leading competition. This grinder can power through the toughest jobs, and is the perfect match for industrial uses. It comes with a Type 27 guard and a spanner wrench.It has a 7 AMP motor. It can operate at a speed of 11,000 RPM. 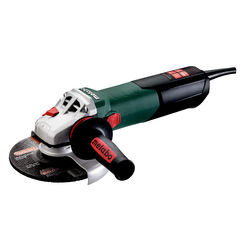 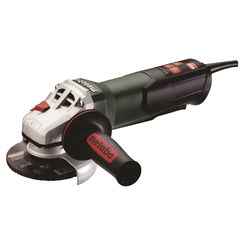 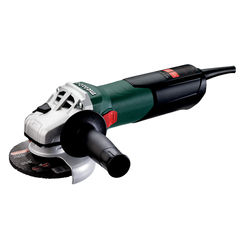 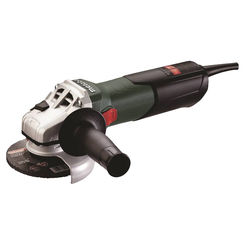 On-off switch now moved to top Rated 5 by Anonymous
Recommendation:
"This is a note that the on-off slider switch with lock has moved from the side (in the picture) to the top. I just bought it (4/7/2015). Not sure when this change was made, and I was surprised. Would this will be an issue, but I see this may be due to feedback from another poster/s who say the switch being on the side was bad because the thumb accidentally bumps and switches off. I'll leave at 5 stars so as not to skew the rating too much, and I did bought it due to the comments."
Originally posted on milwaukeetool.com Jun/2016

Best small grinder out there Rated 5 by Anonymous
"I use this grinder extensively, every weekend on and off for 5-10 hours, fabricating a custom rock crawler. It just keeps going without any problems. The switch locks on, rather than one you have to keep depressed, which is the style I want, because it allows you to hold it in different positions for grinding, cutting, or tight spaces you're trying to fit into. Easy on/off with the thumb though. I've had it for a couple years now."
Originally posted on milwaukeetool.com Jun/2013

Agree with switch comments... Rated 4 by Anonymous
"I agree with the two other commenters that noticed the switch is not easy to operate even without gloves! The switch type cannot be used to power the grinder momentarily, as it locks inmediately. And it requires a somewhat heavy pressure to be actuated. A better switch and better locaton is required (mine has the original side switch). Noise and vibration are NOT as low as my METABO, but Price was sensibly lower."
Originally posted on milwaukeetool.com Jun/2016

Prefer the previous version with switch on side Rated 4 by Anonymous
Recommendation:
"I use this grinder along with a bandfile for finishing and blending welded corners on 16 and 20 ga. stainless steel countertops and doors. This grinder is small, light and powerful. I have both versions, one with the side switch, one with the top switch. I much prefer the side switch as the top switch is awkward and difficult to lock in the on position."
Originally posted on milwaukeetool.com Jun/2016